Behold! The Secrets of Beyond

What to expect in today’s digest:

It’s May, and you know what that means! It’s no longer April!

Tales of a Vernian Youth

Let’s get started with a little fortune telling. Here are the titles of this month’s Tales of a Vernian Youth episodes.

Need to catch up?

I’ve been thinking. Doing a lot of thinking, actually. You see, I have a huge backlog of writing that has never been seen, and I’m trying to decide what to do with it. At the same time, I have many new ideas that I want to write.

The goal? To start posting a new Vella series.

I currently have 2 new series planned. The first is a dark and heavy fantasy short series, which will be 15-20 episodes long. The second is a coming of age romance that will be published under a pen name because it’s very different than any of my other work. I’ll have more news on these later this month.

I’m having difficulties deciding what to do after those series go out. Do I write something in the same voice as Tales of a Vernian Youth? Or do I return to the dark fantasy stories that I’ve written in the past. Maybe something entirely different.

I guess this mystery remains to be solved because I’m still unable to make a decision! If you have any thoughts, hit reply and let me know.

Thanks for reading. Oh, and by the way, also thanks for watering the Extranicus Flatulentulus last week. That was you, right? If not, you may want to avoid the greenhouse for a while.

Behold! The Secrets of Beyond What to expect in today’s digest: The Crystal Ball: Upcoming Episodes Hi, Magician! It’s June, and that means that the summer solstice is almost upon us! During this time, I want to celebrate the growth I’ve had so far this year. And what could be more worth celebrating than having…

It’s My Birthday Month! What to expect in today’s digest: The Crystal Ball: Upcoming Episodes Hi, Magician! It’s July, which is my birthday month! Here in the desert southwest of the US, we’re starting monsoon season. The rain always feels great, and it really reminds you to appreciate the small things in life. Tales of…

What to Expect in Today’s Digest Hi, Magician! It’s great to see you in the club room today. I can’t believe 2022 is coming to a close! Thank you for spending the year with me and for sticking with me into 2023. The Mind Probe: What’s Going on? I have quite a bit planned for… 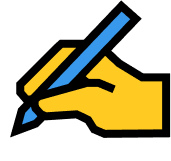